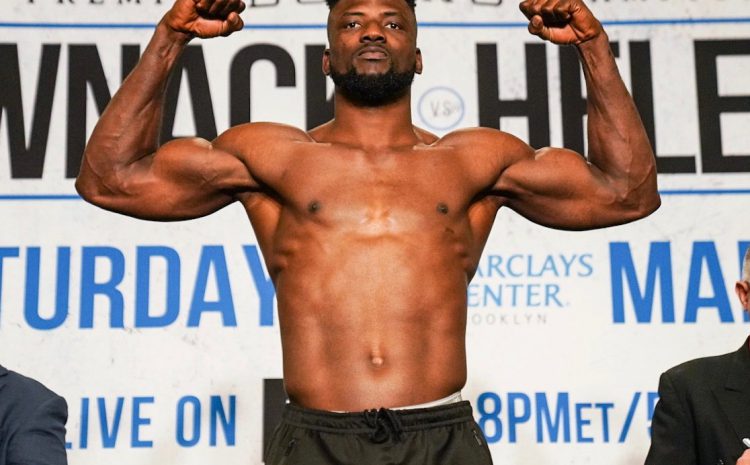 Nigerian heavyweight boxer, Efe Ajagba has said he punches harder than WBC champion Tyson Fury, who is billed to face Deontay Wilder in the third instalment of their match up.

Ajagba, who is fighting on the undercards of the Fury-Wilder bout in Las Vegas on Sunday, told BBC that he punches harder than the self-styled Gypsy King.

He said, “Tyson Fury can hit but doesn’t come close to my power. I punch harder than Tyson Fury.”

In April, Ajagba knocked out Brian Howard, earning him an invitation to Fury’s training camp ahead of his fight with Wilder. He claims Fury’s trainers believe he has the same power as Wilder, making him a fitting sparring partner.

He said, “It was an explosive knockout, so they brought me in because they believed I had the same knockout power like Wilder. The punches that he threw (during sparring), I could take them. (But) he’s been in the game for years before he became world champion. He’s fought the top guys.

“I can tell you that I’ve learned a lot from the champion; he’s very awkward, he’s a big guy, he has a long reach. I have a long reach too and I’m a heavy puncher but he has a lot of experience so I learned so much from him in camp.”

Sanchez boasts 13 knockouts from his 18 wins while Ajagba sports a perfect professional record of 15 wins from 15 fights, with 12 of them coming by knockout.